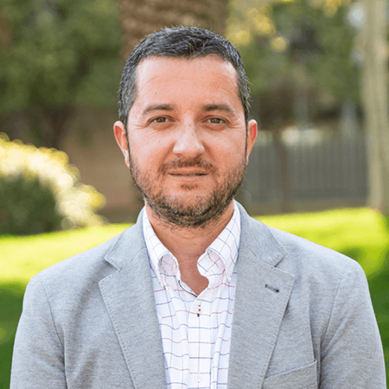 The researcher Juan Vicente Luciano Devis graduated in Psychology in 2000 by the University of Valencia and obtained his degree in Psychology from the same university in 2007.

Between the years 2011 and 2016 he carried out four postdoctoral research stays at the London School of Economics and Political Science where he analyzed the cost-effectiveness of different psychological treatments in patients with fibromyalgia.

From 2012 until 2017 he worked as a consultant professor at the degree of Psychology at the Universitat Oberta de Catalunya.

Since 2015 he has been a Senior Researcher Miguel Servet Type I, a contract financed by the ISCIII.

He is currently leading the psychological research group in fibromyalgia and chronic pain (Group AGORA) where he studies the cost-effectiveness of psychological treatments for fibromyalgia and chronic pain and what are the neurobiological mechanisms that predict the response to the treatments and how to apply this knowledge in therapies addressed to different clusters of patients.