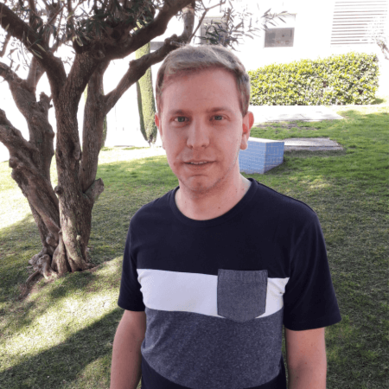 The landscape between the phenotype and the genotype of developmental neurological diseases: Validation of a clinical functional biology model

During the academic year 2017/2018 he served as associate professor in the degree of Physiotherapy and Human Nutrition and Dietetics of the University of Lleida.

In 2018, he joined as a postdoctoral researcher in the group of Neurogenetics and Molecular Medicine (Sant Joan de Déu Research Institute), where his research activity focuses on the functional validation of genetic variants in patients with neurological diseases of development.