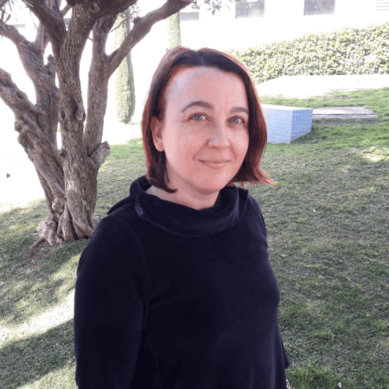 Advanced microscopy technologies applied to the diagnosis of rare diseases

From 2005 to 2017 she has been the coordinator of the Leica Confocal Microscopy Training Center and is currently conducting confocal microscopy training and advanced fluorescence technologies for researchers from all over Spain. Since 2010 she has been teaching at different microscopy centers in Costa Rica and Mexico (Universidad de Costa Rica, Universidad Autónoma Metropolitana de México, Centro de Investigación y de Estudios Avanzados of the National Polytechnic Institute of Mexico and INECOL). She is the author of more than 40 scientific articles in the field of these technologies.

In 2017 she joins the Leader of the Newly created Confocal Microscopy and Superresolution Unit at the Pediatric Institute for Rare Diseases of the Sant Joan de Déu Hospital. This unit is located at the Pathological Anatomy Service and has a care and research aspect. She is currently working on a number of projects, including the diagnosis of rare diseases, which involves the development of unique methods that combine advanced microscopy technologies and image analysis with artificial intelligence to develop new diagnostic tools. In this context, she is working on diagnostic methods for serious diseases, such as Duchenne-Becker muscular dystrophy, Ullrich and Bethlem's myopathies, and mitochondrial diseases, as well as hematological diseases such as thalassemia.