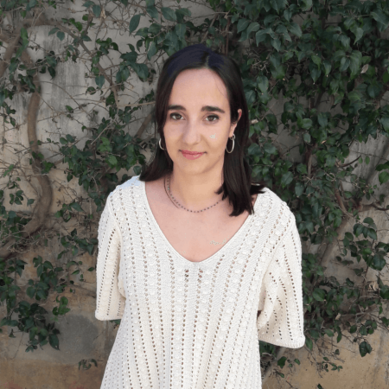 Since 2012, she has been a research assistant in the Child and Youth Mental Health group at the Institut de recerca Sant Joan de Déu.

Her research interest is focused on the study of patients at risk of developing a psychotic disorder. She has collaborated in several projects with public financing. She has been hired by the Alicia Koplowitz Foundation to carry out the project "Neurobiological Markers of Stress for the Risk of Psychosis: the Role of Cortisol and Prolactin".

She is currently study coordinator of the European clinical trial "Placebo-controlled trial in subjects at Ultra-high Risk for Psychosis with Omega-3 fatty acids in Europe (PURPOSE)" (University Medical Center Utrecht).

She has also carried out training tasks inside and outside the IRSJD and the SJD Barcelona Children's Hospital.