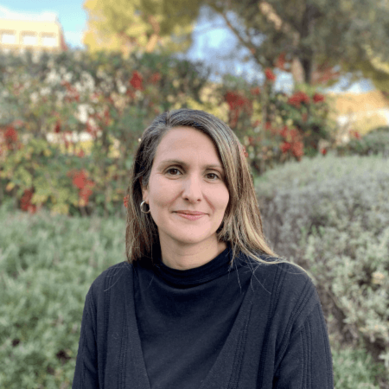 Researcher Marta Garcia graduated in Biotechnology and Biochemistry in 2007 from the Autonomous University of Barcelona (UAB) and obtained her PhD in Biomedicine from the UAB in 2013. Also, the Autonomous University of Barcelona, in 2016, awarded her with an Extraordinary Doctoral Award for her thesis based on the generation and characterization of metastatic models in prostate cancer.

During her training stay, she received a scholarship to develop her doctorate at the Institut de Recerca Vall d'Hebron in Barcelona and two travel grants awarded by the Red Temática de Investigación Cooperativa en Cáncer (RTICC) to attend two international conferences in Lithuania and Paris.

In 2014 she joined as a postdoctoral researcher in the Tumors of Development research group at the Institut de Recerca Sant Joan de Déu, first under the direction of Dr. Carmen de Torres and in 2020 she joined the group of Translational Genomics of Dra. Cinzia Lavarino. Her current scientific interests include the development of new strategies to treat neuroblastic tumors, in particular the most aggressive and chemoresistant ones that escape the current standard treatment. She is also interested in the study of new biomarkers of both diagnosis and prognosis focused on this tumor type and in other developmental tumors.