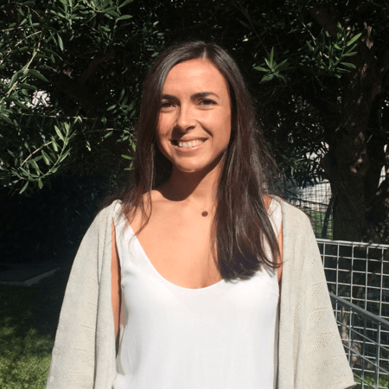 The researcher Clara Giménez Roca graduated in Medicine in 2009 from the University of Barcelona and obtained her degree in Pediatrics and its specific areas in 2014, after performing the residency by MIR opposition in the pediatric service of SJD Barcelona Children's Hospital. In 2016, she received a master's degree in pediatric rheumatology from the University of Barcelona, ​​after receiving two years of training in the rheumatology unit of the SJD Barcelona Children’s Hospital.

From the end of her master's degree to the present, she leads a research line in scleroderma in the rheumatology unit. She makes a monographic consultation one day a week, where she evaluates and follows patients with suspicion and diagnosis of localized and systemic scleroderma. She complements research with primary care pediatrics.