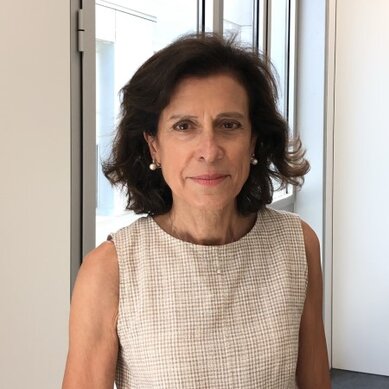 From 1993 to 1994 she spent a stay at Massachusetts General Hospital in Boston where she studied the mechanisms involved in the pathophysiology of polycystic ovary. She has subsequently developed international collaborations with a number of European (Belgium, Germany, United Kingdom) and US groups working on the subject which have resulted in numerous publications in impact factor journals (H 55 Index) and guest presentations, and in a consensus text on the pathophysiology, diagnosis, and treatment of polycystic ovary syndrome in adolescents (2017).

The trajectory was recognized with the Research Award (2013), awarded by the European Society for Paediatric Endocrinology (ESPE), and with the National Research Award (2014), granted by the Catalan Foundation for Research and Innovation (Generalitat de Catalunya). Lourdes Ibáñez is also coordinator of the Paediatric & Adolescent Working Group of the ESPE, and of the study group of the Small for the Gestational Age, of the Spanish Society of Pediatric Endocrinology, and leader of the CIBERDEM group (Carlos III Health Institute, Madrid).

Since 2012 she has been a full professor at the University of Barcelona (UB), director of the master's degree in endocrinology and diabetes of the child and adolescent of the UB, and since 2016 head of clinical research at the endocrinology service. She is currently coordinating the research area at the IRSJD on "Adaptive response, metabolism and immunobiology”.