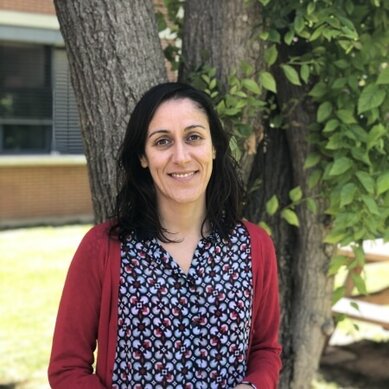 Role of transportoma in oncogenesis and chemosensitivity to drugs. Impact of tumor metabolic reprogramming on nucleoside and nucleotide bioavailability.

Researcher Sandra Pérez-Torras graduated in Biology in 2000 from the University of Barcelona and received her Doctor of Biomedicine degree from the University of Barcelona in 2007. Her doctoral dissertation focused on pancreatic cancer and improve the bioavailability of existing treatments and, in particular, improve the effectiveness of the treatment of choice, gemcitabine, in collaboration with Lilly. To this end, she worked on the study and modulation of the nucleoside transporter involved in its internalization in the cell and in connexins, demonstrating its key role in the passage of the activated metabolite in neighboring cells. Also noteworthy is the work that allowed to establish a platform of orthotopically implanted xenograft pancreatic ductal adenocarcinoma tumors from the removed tumor to the patient. These models, which currently have, allow the study of this type of tumor characterized by a very poor prognosis and at the same time allow the evaluation of therapies.

In 2008 she joined the Molecular Pharmacology and Experimental Therapies (MPET) group as a CIBER ehd researcher in the oncology program.

Since 2010 she has been an associate professor in the Department of Biochemistry at the University of Barcelona.

Currently, in the Molecular Pharmacology and Experimental Therapies research group, she is leading the study of the role of transportoma in oncogenesis and chemosensitivity to drugs. Also, the impact of tumor metabolic reprogramming on the bioavailability of nucleosides and nucleotides.

She is also currently collaborating with a company called Reig Jofre to develop and characterize nanostructured systems by increasing bioavailability topically or orally.