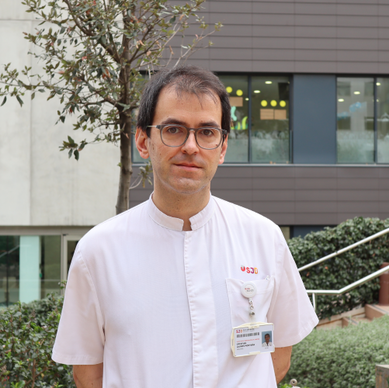 Since 2011, he has been an adjunct pediatrician at Hospital Sant Joan de Déu Barcelona. The healthcare areas of special interest, and which have developed the most during this time, are the diagnosis and treatment of children with infectious diseases and the global treatment of children and adolescents after highly complex procedures and surgeries.

He has been teaching and tutoring residents, accredited by the Department of Health, since 2014. MIR Teaching Coordinator of Paediatrics since December 2019. Associate Professor of Paediatrics at the University of Barcelona (Campus Hospital Sant Joan de Déu Barcelona). Lecturer in courses in the areas of pediatric hospital care, pediatric infectious diseases, and management of newborns and critical children.