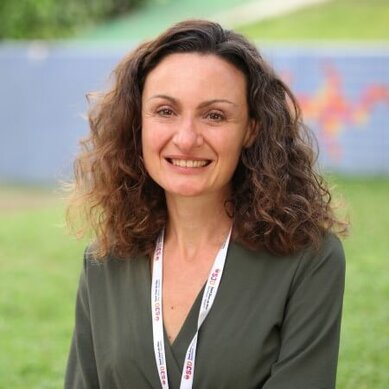 Between 2001 and 2010, she undertook a postdoctoral stay at the Dubowitz Neuromuscular Center (now in Great Ormond Street Hospital, London) and the Dept. Of Neuropathology at the Charing Cross Hospital, London where she specialized in neuromuscular pathologies and in the genetics and mechanisms of congenital muscular dystrophies.

In 2010, she joined as Researcher Miguel-Servet and group leader at the FSJD.
She is currently leading the group of applied research in neuromuscular diseases whose main objectives are to deepen the mechanism by which neuromuscular diseases occur, to improve the diagnosis of patients by identifying new biomarkers and methodologies and to investigate advanced therapies based, among others, on the genetic edition.