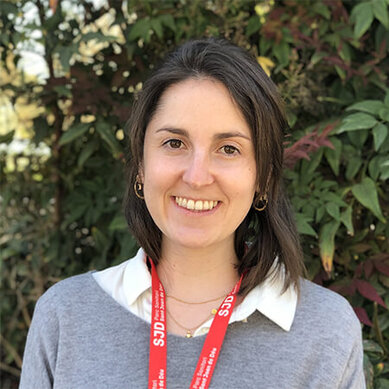 Carmen Corral Partearroyo has a degree in Nursing since 2015 from the Complutense University of Madrid (UCM). During the 2014-2015 academic year, he carried out an Erasmus stay at the Haute École de Namur-Liège-Luxembourg University, Belgium.

In 2018 she entered the London School of Hygiene and Tropical Medicine (LSHTM) center of excellence in research and training for the first time, where he first completed the Professional Diploma in Tropical Diseases and later continued his studies with a Master in Public Health with specialization in Health Promotion and Evaluation of Health Interventions.

She is currently part of the PRISMA group as a predoctoral researcher in the line of pharmacological non-initiation.