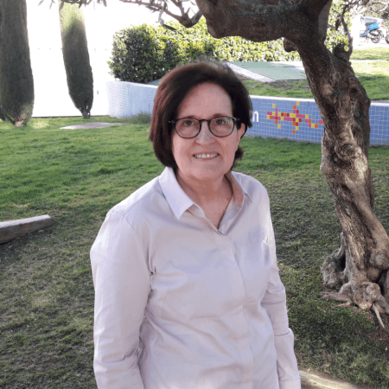 She has held several brief research stays at the LSCP-CNRS (Paris, 1996), at the Max Planck Institute for Psycholinguistics in Nijmegen (Netherlands, 2002), at the Psychology Department of U. McGill in Montreal (Canada, 2004) and in the department of Social Sciences, Philosophy and Speech Therapy of the U. of Turku (Finland, 2013).

Since 1995 she has been professor at the University of Barcelona.

Since 2010, she has coordinated the APAL (Attention, Perception and Acquisition of Language) research group, recently incorporated in the Sant Joan de Déu Research Institute, where studies on the initial perceptual capacities of the newborns and their cognitive abilities in relation to the ability to learn the language.