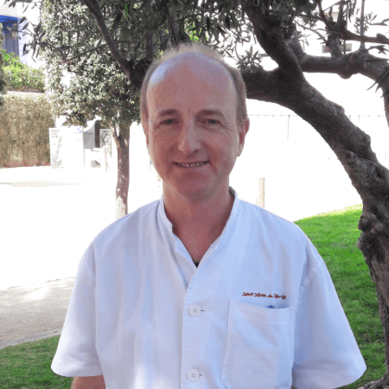 He is an assistant doctor and a Clinical Professor at the Odontology Department at SJD Barcelona Children's Hospital since 1999. He has been a professor of the Master's in Orthodontics and Pediatric Dentistry at the University of Barcelona since 2004.

Since 2018 he has been a member of the research group "Hospital Dentistry, Clinical Orthodontics & Periodontal Medicine Research Group", linked to the Institut de Recerca Sant Joan de Déu.