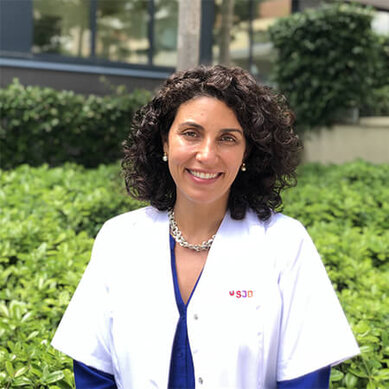 Between 2007 and 2009 she did a fellowship at the Hôspital Sainte Justine in Montréal, Canada and from 2009 to 2011 at the necker Enfants Malades in Paris.

Since 2012 she has been a professor at the University of Girona and coordinator of the European Network of Rare Cardiac Diseases in Pediatrics.

In 2011 she joined the Cardiology service as an assistant and since 2015 she has been Head of the Arrhythmia Unit at Hospital Sant Joan de Déu.

She currently leads the research group on pediatric arrhythmias, genetic cardiology and sudden death and how to apply this knowledge in personalized therapies in patients with genetic diseases.