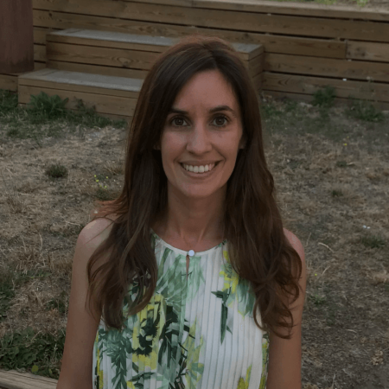 The researcher Laura Almeida graduated in Medicine at the Rovira i Virgili University in 2006. She trained as a resident doctor of Gynecology and Obstetrics at the SJD Barcelona Children's Hospital (2007-2011).

At the end of the specialty, she obtained a final residency scholarship through which she worked with a rat ovarian transplant model with hematopoietic precursors from umbilical cord blood during the years 2011-2013.

His work activity has continued to be linked to the SJD Barcelona Children's Hospital since the year 2011 uninterrupted. In 2015, she joined as an adjunct physician at SJD Barcelona Children's Hospital, BCNatal. She has been a member of the SAMID Network since 2015: PFIS0072.RD12 / 0026/0002, Maternal and Child Health Network and Development (SAMID Network) Carlos III Health Institute.

In recent years she has focused his clinical research activity on the study of the environmental influence on pregnancy, and is part of the research line "Fetal environment and obstetric complications". In parallel, she is carrying out his doctoral thesis with a model of fetal alcohol syndrome in mice induced by two different patterns of human consumption (acute consumption and chronic consumption) and the potential beneficial effect that an antioxidant treatment can exercise, funded by the PI15 grant / 01179, Comparative study of the fetal alcohol spectrum according to two patterns of human consumption and its prevention with antioxidants (Carlos III Health Institute).

She has been part of the Sant Joan de Déu Simulation Program since 2013. She is accredited as a simulation instructor since 2014 by the Boston Children's Hospital (Harvard Medical School). Participates in the design and delivery of internal and external courses, using different teaching methodologies based on simulation that mainly deal with human factors in the management of critical situations.