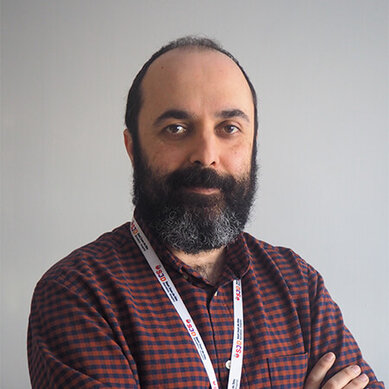 Carlos J Rodríguez-Hernández received a PhD in Biotechnology in 2006 from the Universitat Politècnica de València (Spain). During his PhD training he focused in the molecular mechanism of the diabetogenic properties of the immunosuppressant Tacrolimus. In 2007 he joined the JJ Guinovart's Metabolic Engineering and Diabetes Therapy Laboratory at the IRB-Barcelona to study the antitumoral use of an antidiabetic compound and assess the hepatotoxicity of drugs in development by Noscira (Zeltia).

In May 2012 he started working in the Paediatric Cancer Laboratory at the IRSJD where he has been searching for new therapies for high-risk neuroblastoma. He has also been collaborating with the Prof. Arben Merkoçi's group at the ICN2 (Universtitat Autònoma de Barcelona) in the development of novel biosensors exploiting the properties of nanoparticles, nanochannels and other nanomaterials for the detection of biomarkers in real clinical samples.

After joining the Paediatric Cancer Epigenetics group in November 2020, his research interests include the epigenetically-driven tumorigenesis in Rhabdoid tumors. He uses cellular and animal models to study the role of SMARCB1 mutations through gene editing and single-cell sequencing and to explore potential therapeutic approaches.

He has been involved in several national and international projects related to metabolism, molecular pharmacology, repurposing of drugs, paediatric oncology and nanomaterials application in biosensors, being partner in a project funded by a EURONANOMED2 grant in collaboration with ICN2, University of Bordeaux and Skannex AS.

He has a strong experience in cell culture and cell-based assays, animal experimentation, molecular biology and biochemistry, cell signaling, molecular pharmacology and paediatric oncology. He has also received additional training in metabonomics and automated processes applied to drug discovery.