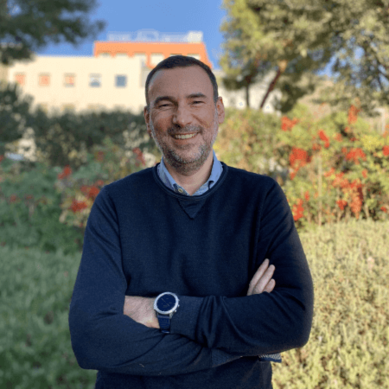 Researcher Lucas Krauel graduated in Medicine in 1998 from the Autonomous University of Barcelona, ​​specializing in pediatrics in 2003 and later in pediatric surgery in 2009. He completed a "Fellowship in Pediatric Surgical Oncology" at the Memorial Sloan Kettering Cancer Center from New York during the years 2012 and 2013 and obtained his PhD in Medicine from the University of Barcelona in 2017.

He is an associate professor of medicine at the University of Barcelona, ​​a member of the executive committee of the EBPS (European Board of Pediatric Surgery), a Fellow of the ACS (American College of Surgeons), director of the master's degree in pediatric oncology surgery at the UB and editor of the journal Annals of 3D printed medicine (Elsevier).

He currently leads the pediatric oncology surgery group and is the clinical manager of the hospital's 3D Unit (3D4H) with the aim of applying new technologies to improve the results of surgeries.