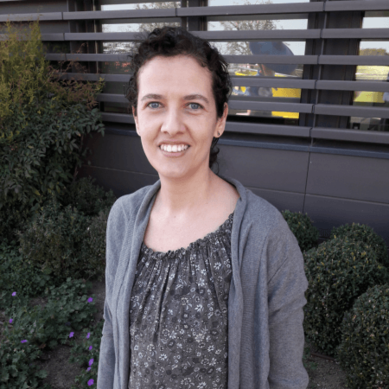 Isabel Iglesias Platas graduated in Medicine in 1999 from the University of Santiago de Compostela. He moved to Barcelona to complete his specialization in Pediatrics at the SJD Barcelona Children’s Hospital and later to London to pursue a Master's Degree in Biology of Human Reproduction and train for laboratory research, especially in the area of ​​epigenetics.

She has collaborated with other researchers under the direction of Dr. Xavier Krauel in the organization and establishment of research in the Neonatal Service of the SJD Barcelona Children's Hospital. Since then, she combines her care tasks as Senior Deputy of the Neonatal service with the direction of the Prematurity line and the influence of nutrition, care and the environment on the development of the newborn. She received her doctorate at the University of Barcelona in 2013.

Her research group studies the mechanisms of perinatal growth, the influence of nutritional factors and the metabolic peculiarities of this vital stage.