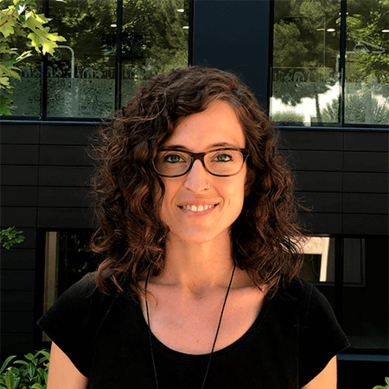 The researcher has a Degree in Medicine and Surgery from the Autonomous University of Barcelona in the 2006-2012 promotion. During this period she was the recipient of a research grant for medical students funded by the University and Research Grants Management Agency (AGAUR). He also contributed to some medical publications and publications, and received basic training in the field of scientific methodology.

In May 2017, the residency in Pediatrics and its Specific Areas was completed after obtaining the place via MIR at the Sant Joan de Déu Hospital (Esplugues de Llobregat, Barcelona), performing, within 4 years of training, an external rotation to the Infectious Service of Nationwide Children's Hospital in Columbus (Ohio, USA), one of the leading Units in Pediatric Infectology in the United States. During the last year he devoted much of his time to training in the field of Pediatric Infectology and Immunodeficiencies, conducting different continuing education courses in this field, as well as in the field of scientific, bioethical and statistical methodology. He has also published in national journals, mainly related to pediatrics and pediatric infectology, and has begun collaborating on some infectious disease research projects carried out since Sant Joan de Déu Foundation research group Infectious Diseases and Systemic Inflammatory Response in Pediatrics.

After completing MIR training, he worked at the Pediatric Infections Unit at the SJD Barcelona Children’s Hospital, devoting part of his time to collaboration with the antibiotic optimization program (PROA) of this center.

Since January 2019, she has been the beneficiary of a Rio Hortega Contract with the Institut de Recerca Sant Joan de Déu for Infectious Diseases group and systemic inflammatory response in pediatrics.