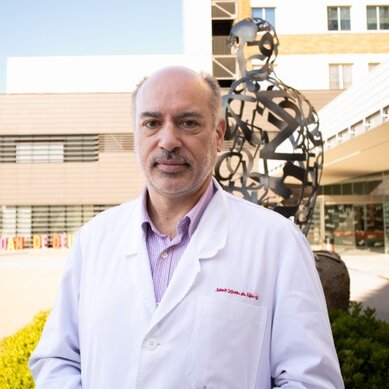 Skeletal dysplasia and development of new techniques in orthopedic surgery.

He is currently studying for the Master in Hospital Management and Health Services at the Universitat de Barcelona.

Between the years 2007-2008, he made a stay at St. Jude Children's Hospital in Memphis (USA) where he expanded his knowledge in Oncological Orthopedic Surgery, Salvage and Reconstruction of Limbs.

Since 2013, he is an Associate Professor at the Universitat de Barcelona, ​​where he is the director of the subject "The Growing Locomotor System" and the Master-Fellowship in Pediatric Orthopedics and Traumatology. He is the director and tutor of different doctoral theses and final degree projects.

He currently holds the following healthcare positions at the SJD Barcelona Children's Hospital:

He is a member of the Musculoskeletal Tissue Advisory Commission of the Organització Catalana de Trasplantaments.