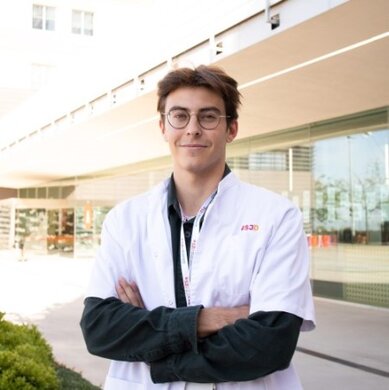 Gerard Marturià graduated in Biomedical Engineering in 2020 from Universitat Pompeu Fabra (UPF). During these years, he has consolidated his knowledge of engineering and medicine. His interests have always revolved around the design, production and customization of prosthetics and medical devices and image processing.

At the end of this training stage, in 2021, he began to work as a Research Coordinator in the Pediatric Surgery and Orthopedics Unit of the SJD Barcelona Children’s Hospital. Here, apart from providing logistical support, he has begun his career as a researcher collaborating on multiple projects, contributing his multidisciplinary skills as a Biomedical Engineer.

During these years, he has increased his knowledge by studying the postgraduate course in Medical Image Processing: 3D Printing and Artificial Intelligence called Expert3D in SJD Barcelona Chilndren’s Hospital.