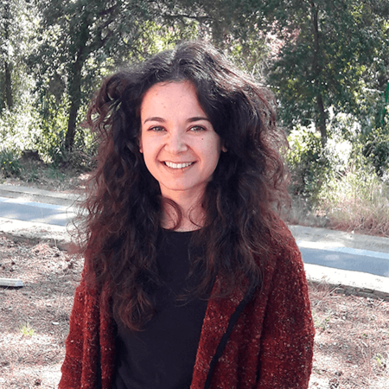 Coding of language sounds in infants: The potential for frequency tracking as a biomarker for neurocognitive development.

The researcher Teresa Ribas Prats graduated in Teaching of Special Education in 2010 from the University of Barcelona. In the same university, she graduated in Psychology in 2015 and in 2016 obtained the title of the master's degree in Neurosciences. From 2017 to the present, she is currently taking a PhD in Biomedicine in the Brainlab cognitive Neuroscience group, located in the Department of Clinical Psychology and Psychobiology of the Faculty of Psychology of the University of Barcelona.

During her training as a doctorate he has given practical classes to the subjects of Psychobiology and Psychophysiology of the University of Barcelona.

In 2014, she made a stay at the University of Granada. During her stay, in the Mind, Brain and Behavioral Research Center (CYMCIC) she studied the factors involved in the automation of simple arithmetic. In 2015, she collaborated with the Neuropsychology group of the Department of Psychiatry and Psychobiology of the University of Barcelona where she investigated the executive dysfunctions and cerebral connectivity to cerebral palsy.

She is a member of the Institute of Neurosciences of the University of Barcelona and of the Sant Joan de Déu Research Institute.

The scientific interests that guide her research are based on characterizing auditory processing during the first days of life, uncovering the brain mechanisms that support it, knowing how they are conditioned in the different disorders of neurodevelopment as in the case of autism or of the specific language disorder and to find out the different factors both at the biological and environmental level that modulate the auditory processing. The approach used is based on the technique of the electroencephalogram analyzing the evoked potentials of hearing before the presentation of complex sonic stimuli such as speech or music.