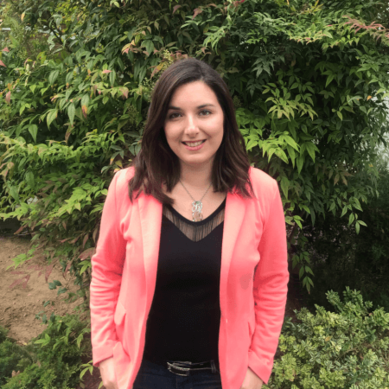 She did a predoctoral stay at Monash University (Melbourne) to study the effects of estrogens on women with schizophrenia.

She joined the Parc Sanitari Sant Joan de Déu (PSSJD) in 2007 and has been linked to the Research Unit since 2008. She has participated in various clinical trials and projects that incorporate new technologies in mental health. Currently, leading several projects on facial recognition of emotions and on modifying the ability to decide in people with mental illness.

Since 2017, she is a collaborating professor of the Neuropsychology Master of the Universitat Oberta de Catalunya, teacher of the subject of child neuropsychology and director of the Master's Thesis (TFM).

Since 2018 linked to the Community Rehabilitation Service (SRC) of Numancia of the PSSJD conducting evaluation and treatment of people linked to the service and since 2019 Neuropsychology interconsultant of the Baix Llobregat and CSMA of Cornellà de Llobregat.