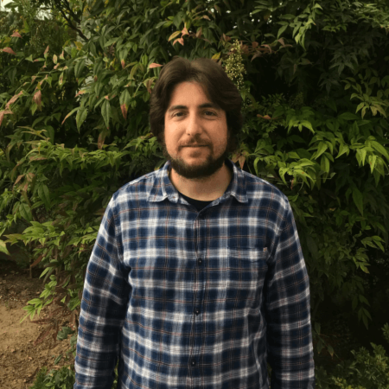 Albert Sánchez Niubó is a Doctor in Biostatistics and is currently a Post-doctoral Researcher at the Sant Joan de Déu Foundation with a work contract of the CIBER in Mental Health (Carlos III Health Institute). Currently, his main responsibilities are to lead the ATHLOS project's Harmonization Data Database on International Health Study, and the Identification of the Best Methods for Harmonizing Cohort Data in the Project. SYNCHROS, both funded by the European Union's Horizon 2020 program. He is also the principal investigator of a FIS project (2020-2022) on the study of cognitive deficits in depression and the impact on work capacity.

His research career began in 2003 at the Institute of Medical Research of the Sea (IMIM) in Barcelona, and he worked as a methodologist in the areas of mental health, quality of life and the epidemiology of drug consumption wrongful From 2010 to 2014 he was an Associate Professor in the Department of Public Health at the University of Barcelona, and from 2014 to 2015 he was a postdoctoral researcher in the Occupational Health Research Center, a member of the CIBER in Public Health, and a professor from Pompeu Fabra University, teaching courses in epidemiology and biostatistics.

He has more than 40 scientific publications, 7 of which are the first author, an index h of 12, and he has presented about 15 papers in national and international congresses. In addition, he has participated in several outreach meetings of the European Drug and Drug Addiction Observatory presenting his work, and also as the leader of the working package in the various meetings of this ATHLOS project. His international stays have been at Tor Vergata University in Rome (2 months in 2005), Oslo University (4 months in 2009) and the Karolinska Institutet in Stockholm (2 months in 2017), producing scientific articles. He has directed a final project in 2017 and a master's degree in 2019.

Recently, his main interests have been the systematization of longitudinal data harmonization procedures from heterogeneous sources and the use of methodological approaches to properly determine causality in the epidemiology of healthy aging and mental health.